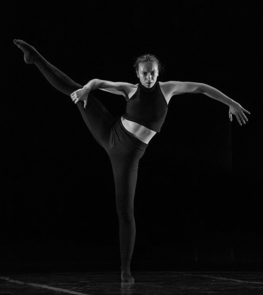 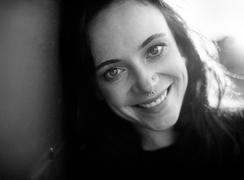 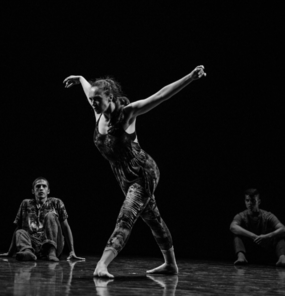 Assistant to the Artistic Director

Martha Hart began dancing at age 14 after a childhood of playing competitive hockey and playing piano. Her love for ballet began after a trip to Winnipeg to watch her aunt Evelyn Hart dance three performances as the principal role in Anna Karenina. She instantly fell in love with the perfect balance of physicality and musicality. Six months later, she was accepted into Canada's National Ballet School’s summer program, and a year after that into the full-time professional program.

Upon graduation from NBS, Martha moved to Germany to be an international guest student at the Palucca Schule Dresden. Here she was exposed to contemporary dance and contact improvisation for the first time and had the opportunity to perform Na Floresta (Nacho Duato). Following the year as a guest student, Martha was asked to join the Dresden Semperoper Ballet as an apprentice and performed many classical roles from ballets such as The Sleeping Beauty, Swan Lake, La Bayadere, Taming of the Shrew, Diamonds (Balanchine) and Valse Fantasie (Balanchine).

In 2010, she returned to Canada and has since worked with companies such as Human Body Expression,

TranscenDance Project, Ace Dance Theatre, Project20, Mascall Dance, The Garage, and Hit & Run Dance Productions. From 2015-2016 she was a member of the International Metamorphosis Dance Collective under the direction of Iratxe Ansa, touring in Mexico, Spain and Italy. Hart has an ongoing short film project in collaboration with videographer David Phu entitled “Panic Attack”. Instalments of the project have premiered at F-O-R-M Vancouver (2016), New Blue Dance Toronto (2017) and Screen Moves Festival (2018). She also teaches ballet fitness classes at the Extension Room in Toronto.

Martha met Ida in 2016, and feels incredibly grateful to be a part of such a hard-working, inspiring family.  Since joining the faculty Martha has had the opportunity to choreograph many new works on the students. She is dedicated to helping young dancers find a balance of confidence, passion and determination in their work.

“You are dancers, all of you. Life moves you; life dances you. To dance is to investigate and celebrate the experience of being alive."