Originally from France, Anna Elena graduated from the National and Superior Conservatory of Music and Dance in Lyon in 2000. She had a performing career starting as a Corps de Ballet member with the Ballet of the Opera in Bordeaux under the artistic direction of Charles Jude. The company Repertoire included many classics including Swan Lake, Sleeping Beauty, Coppelia, Giselle and Don Quichotte, as well as pieces from the Balanchine Repertoire, such as Four Temperaments, Who Care’s and Serenade. Later she joined the Landestheater in Linz, Austria, as a Soloist where she danced more contemporary works, especially in Jochen Ulrich’s choreographies.

Since 2012, Anna has performed in several ballets and operas with the Paris Opera. While continuing to perform, she built on her teaching experience at the Conservatory of the 5th and the 17th district in Paris. She received her ballet teaching certificate (Diplôme d’Etat) in France in 2005. Since moving to Toronto, Anna has guest taught at George Brown College, Dance Teq Centre, Extension Method and Metro Movement and she currently teaches at In Studio at the National Ballet of Canada. Anna approaches ballet from an anatomical perspective and her teaching style is known to be movement-oriented and dynamic. She believes that taking pleasure in dancing is a key that enables to master a better technique. 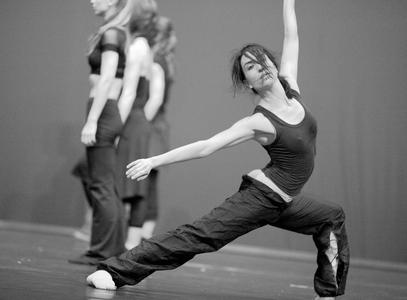 "There are shortcuts to happiness and dancing is one of them !" (Vicki Baum)